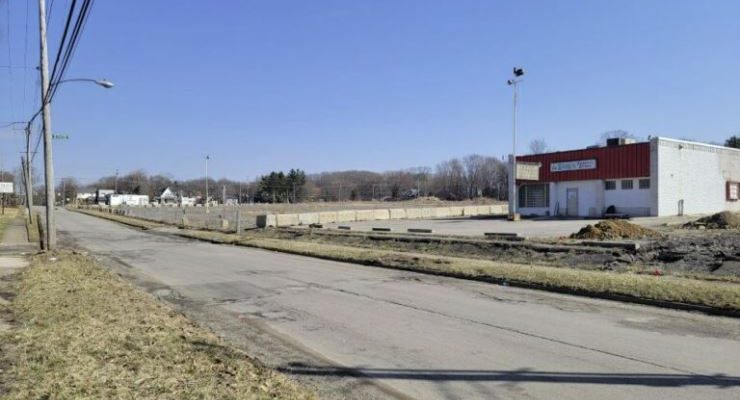 The port authority, which took title to the property in early April, recently competed a Phase I review of the site, Anthony Trevena, WRPA’s executive director, said.

The 20-acre property was among several port authority-owned sites that were discussed during Wednesday’s meeting of the WRPA board of directors.

“We’re just in the process of applying for it now,” Trevena said. “We knew all along that there was a gas station and a dry cleaner there.”

All the buildings on the site already have been demolished, except for one that the port authority discovered after the acquisition was part of the site.

The approximately 1,000-acre site is being marketed as a “mega site” by entities such as JobsOhio potentially for use by a single user. Though it also could be broken up for individual use, there aren’t many sites of that size in the state of Ohio that are “contiguous and shovel ready,” he said.
The site has come in “close consideration” for projects on a couple occasions.

“That site, to our understanding, has some of the largest amount of available electricity in northeast Ohio. You also have access to the river for cooling water,” he added. “It’s just a resource that’s got incredible amenities for a large project.”

Board member Ed Muransky said he would like to see a three- or five-year plan for how the port authority is addressing site improvements to get the property ready for development.

“We’ve only owned this for four months so we didn’t know what we didn’t know,” Trevena said. “I think we’re getting a lot better handle on this.”

Trevena also reported that the port authority is still cleaning out the former Clark Bar building in Youngstown that it acquired in March from Mahoning County Land Bank.

The property already has received five inquiries from business owners interested in utilizing the first level, with apartments being contemplated for the upper level, he reported.