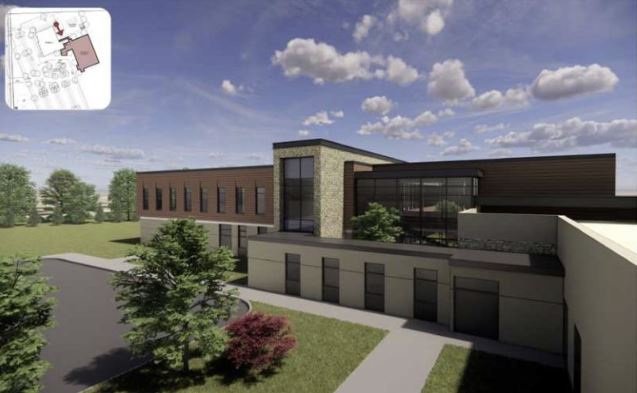 The resolution, approved by WRPA’s board of directors at its monthly meeting, also authorizes the port authority to enter into a partial easement or ground lease agreement and enter into a construction services agreement with Main Health Realty.

The medical practice plans to build a 36,725-square-foot medical office building on an approximately 8.6-acre site in Boardman according to the resolution. The building will house physical therapy, occupational therapy and radiology, as well as operations and administrative staff and up to 12 physicians.

The project is expected to maintain 100 jobs and add up to 12 new positions. Jude Nohra, an attorney representing the companies, said in February. Construction will take up to two years.

“They can start anytime,” Trevena said.

Trevena also reported that the port authority worked with the Ohio Environmental Protection Agency to provide approximately 56,000 net tons of slag from the former BDM steel property to fill in lagoons at the former Copperweld Steel property.

Also during the meeting, which was held at Youngstown-Warren Regional Airport, Trevena announced that the airport would host a traveling exhibit dedicated to the Tuskegee Airmen, the group of primarily Black fighter pilots and airmen who flew during World War II.

Warren Heritage Center has been working since before the COVID-19 pandemic to bring the exhibit here, Jim Valesky, president of the center, said. The exhibit, which will run Oct. 18 though 23, will include an 53-foot tractor-trailer with expandable sides that turns into a theater, and a restored P-51C Mustang aircraft.

With luck, the event also will include a display dedicated to the Women Airforce Service Pilots.